In this essay, we discuss several movies which were marketed towards middle class women and attempt to empower women. We argue that 50 First Dates, Legally Blonde, and Princess Diaries 2 all ultimately conform to the pattern of hegemonic masculinity despite their attempts to do the opposite. We will present a series of images from these movies that visually confirm our arguements are are themselves alligned with the pattern of hegemonic masculinity.

50 First Dates follows a Hawaiian Veterinarian, Henry Roth (Adam Sandler); as he turns away from his history of seducing and womanizing countless tourists, in order to woo Lucy Whitmore (Drew Barrymore), a local middle aged woman who suffers from “Goldfield Syndrome” (a fictional memory loss syndrome, clarified by Dr. Catherine Myers in her introduction to cognitive psychology) which prevents her from retaining any new memories outside of one day. A film meant to make you giggle while simultaneously pulling on your heartstrings has an underlying tone of hegemonic masculinity as every person in Lucy’s life must help her remember her day-to-day activities through their perspective. Her dad and brother set up her environment to make it appear as if it is October 13th the day she believes she is in and they effectively hide the fact that she has a memory impairment from her, even going to the extent of printing hundreds of copies of newspapers of that day. This causes her to live in a state of blissful ignorance in which she repeats the same routine every single day as if it was October 13th. Where Henry comes into this is he meets her at the diner she eats at every morning, their initial interaction is positive but when he finds out that she can’t remember him the next day, he spends day after day testing his game and trying to interact with her (basically stalking but she can’t remember him).

This is one of the obvious areas where the movie paints this in a much more romantic light than it would be viewed in real life; and therefore, suggests that there is nothing wrong with Henry’s repeated advances. Occasionally Lucy’s bubble of blissful ignorance is popped by reality, Lucy gets ahold of a real newspaper and learns the truth, and she also gets to learn that her family has been lying to her for more than a year.

At this point Henry gets the idea to record a video tape, compiling some of the things in the news that she missed throughout the year, as well as the status of her accident, and her life. He decides that instead of being lied to on a daily basis she can watch this tape every day.

Her circumstances, while absurd, are also problematic if you consider the fact that her point of view is being framed for her every day by the men in her life. Her family overtly lies to her, and Henry’s tapes, while arguably slightly better, still frame her life the way Henry wants her to view her life. Even the movie acknowledges this in one scene when Lucy explains to Henry that watching the tapes makes her feel like she’s being told about her life, whereas her journal (Which she started after her first time watching the tape) makes her feel like she is telling herself. The only control she felt she ever had was from her diaries she wrote to herself that expressed her true feelings about each day. One the surface, 50 First Dates seems to entertain the idea that Lucy has agency, but its conclusion reveals that she actually needs the tapes and Henry. By the end of the movie Henry and Lucy are in love, living on a boat, and have a daughter together. This brings in the question of consent because Lucy has to wake up everyday, watch hours of footage explaining to her why she is in a place she does not remember, surrounded by people she does not remember, and then she has to meet her daughter and husband and fulfill a role she has no recollection of. Is it possible to give consent to her life after the fact? We argue that the framing of this story, in which the helpless Lucy with no will of her own must be guided by the hapless men of her life, inherently conforms to the pattern of hegemonic masculinity.

In the sequel, Princess Diaries 2, a film meant to promote women empowermentas a young girl discovers she is an heir to the royal throne, the common law of Genovia sets women back to outdated times. Genovia law forces women in the hierarchy to find a King in order to become Queen. As Queen Clarisse Renaldi is approaching abdication of the throne, Princess Mia is courted by some of the most eligible bachelors of the land because it is her duty to the people of Genovia, the law, and to her grandmother. “Women’s rise in power has created a crisis in masculinity all over the world,” so Genovia’s law decided to uphold the standard that there shall be no Queen without a King (Kareithi). A King in this setting would be viewed as a ‘hero’ to Genovia, though he was only crowned because of his marriage to the Princess. Heroes “have always represented the pinnacle of American cultural ideas about masculinity, and have served for generations as a key power fantasy for male adolescents” (Brown). Hegemonic masculinity is present because common law promotes the notion that women need a man in order to fulfill their duties as a woman.

When most think of Legally Blonde, we think of the ditzy sorority girl who becomes this hot shot lawyer off to make the world a better place. We also must remember where she initially started, which was following in the footsteps of her ex-boyfriend. Elle Woods, who was recently dumped by then boyfriend, Warner Huntington III, feels she has to follow him to Harvard in order for him to take her and their relationship seriously. She is willing to trade in the glamour of her sorority lifestyle for the brutal education Harvard offers. Huntington believes he needs to date someone more serious in order to follow his dream of becoming a Senator by 30-years-old. Though the movie has a different ending of Elle’s future relationship, we must not forget the hegemonic masculinity in her decision to pursue Harvard in the first place. 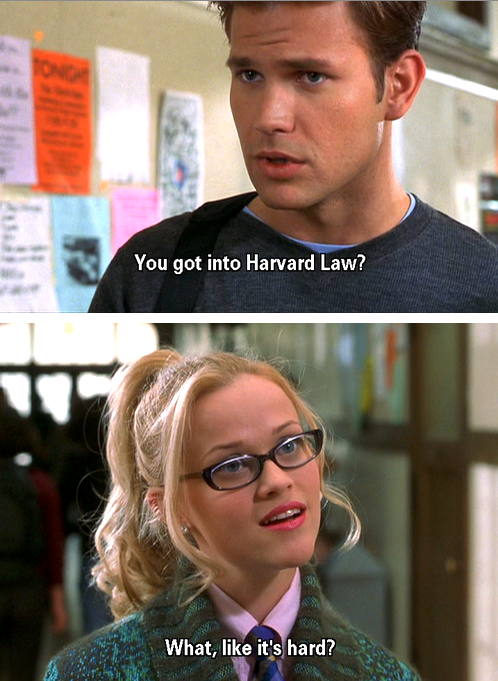 These three films market the empowerment of strong independent women but have underlying tones of hegemonic masculinity. It is apparent the men in Lucy’s life control every aspect of the one day she continuously lives. Common law of Geneovia is so outdated that the independent Mia Thermopolis is forced to find a King in order to fill the vacancy in her grandmother’s throne as Queen. Heartbroken Elle Woods, who has had success through her looks must now follow her ex-boyfriend to college and prove she is the perfect woman to become a Senator’s wife. She is willing to change her sorority lifestyle for the prestigious yet rigorous academic life that comes with a Harvard education. These films with impactful female leads are often controlled by the decisions or actions surrounding men in their current and/or future life’s.

View all posts by GreenBean