While queer representation seems to be thriving, it is apparent that much of the content marked as groundbreaking has problematic effects. While it is important that media normalizes marginilzed communities, we often see media normalize the LGBTQIA+ community through celebrating homonormative qualities, as opposed to celebrating differences, which harm the LGBTQIA+ community by othering queer and trans people who do not confrom with certain homonormative qualities.  Love, Simon and Love, Victor promote an assimilationist narrative by celebrating similarities between the LGBTQIA+ and straight community as opposed to the differences.

Love, Simon and Love, Victor create a narrative of normalizing queerness through characters that many would call “normal”, also known as homonormativity. In Roderick A. Ferguson’s “Racing Homonormativity: Citizenship, Gay Identity, and Sociology”, homonormativity is described as a proximity to hegemonic society based on factors such as gender, race, behavior, class, sexuality and more (Ferguson, 2005). The protagonists of both pieces of media, Victor and Simon, are similar in the fact that they both have many homonormative qualities. Simon is an upper-class, able-bodied, straight-passing, cisgender, white man. Throughout Love, Simon, the film makes an effort to emphasize how “nomral” he is, such as his “normal” high school friend group, his “normal” nuclear, suburban family, and his “normal” sense of fashion. Similarly, while Victor is not white or upper-class, he is similarly an  able-bodied, straight-passing, cisgender man with many “normal” qualities such as his love for basketball and his nuclear suburban family. With an emphasis on straight-passing qualities in narratives on nomralizing queerness, Love, Simon and Love, Victor create narratives of homonorativity as normal. Furthermore, in “Mapping the Margins: Intersectionality, Identity Politics, and Violence Against Women of Color”, Kimberly Crenshaw “used the concept of intersectionality to denote the various ways in which race and gender interact to shape the multiple dimensions” of identity (Crenshaw, 1994). It could be argued that by focusing on homonormative qualities, Love, Simon and Love, Victor fail to include intersectional narratives. 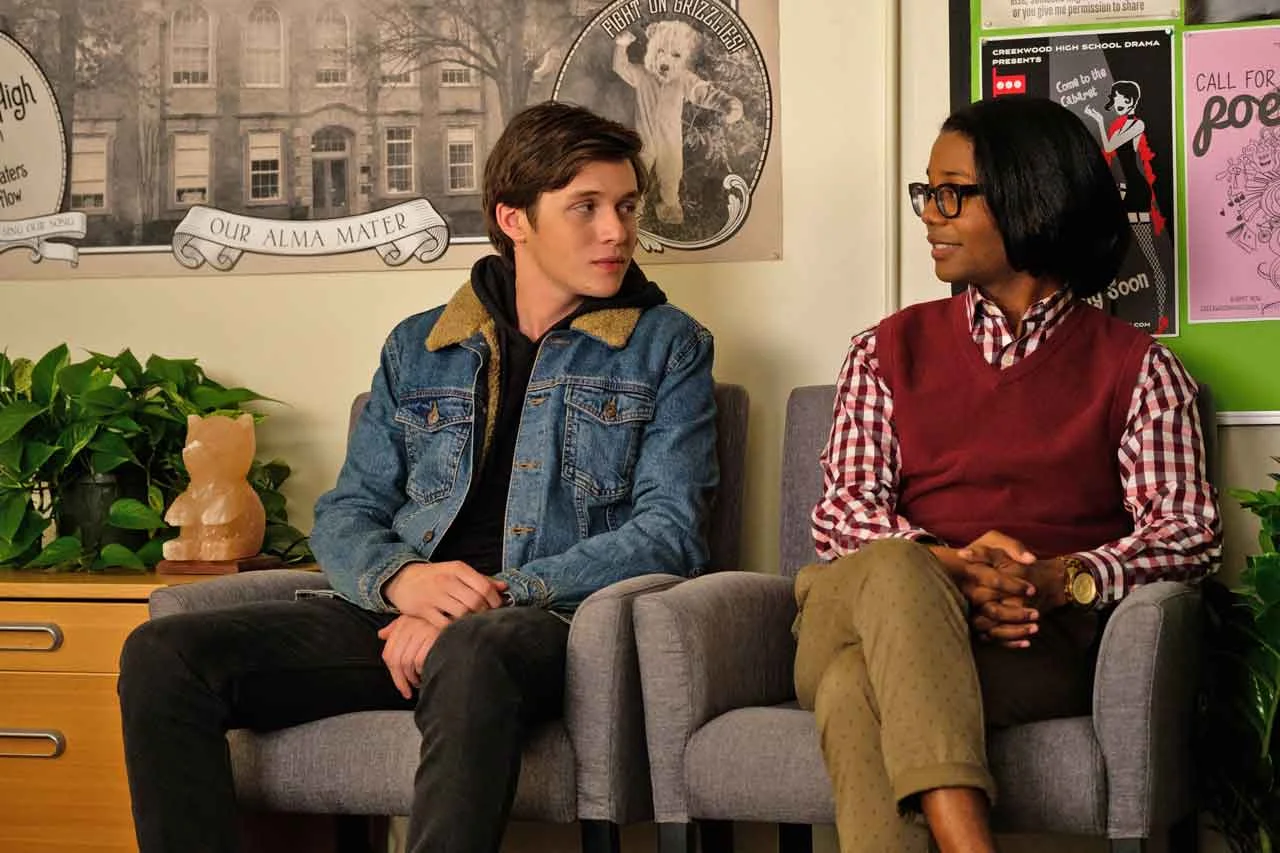 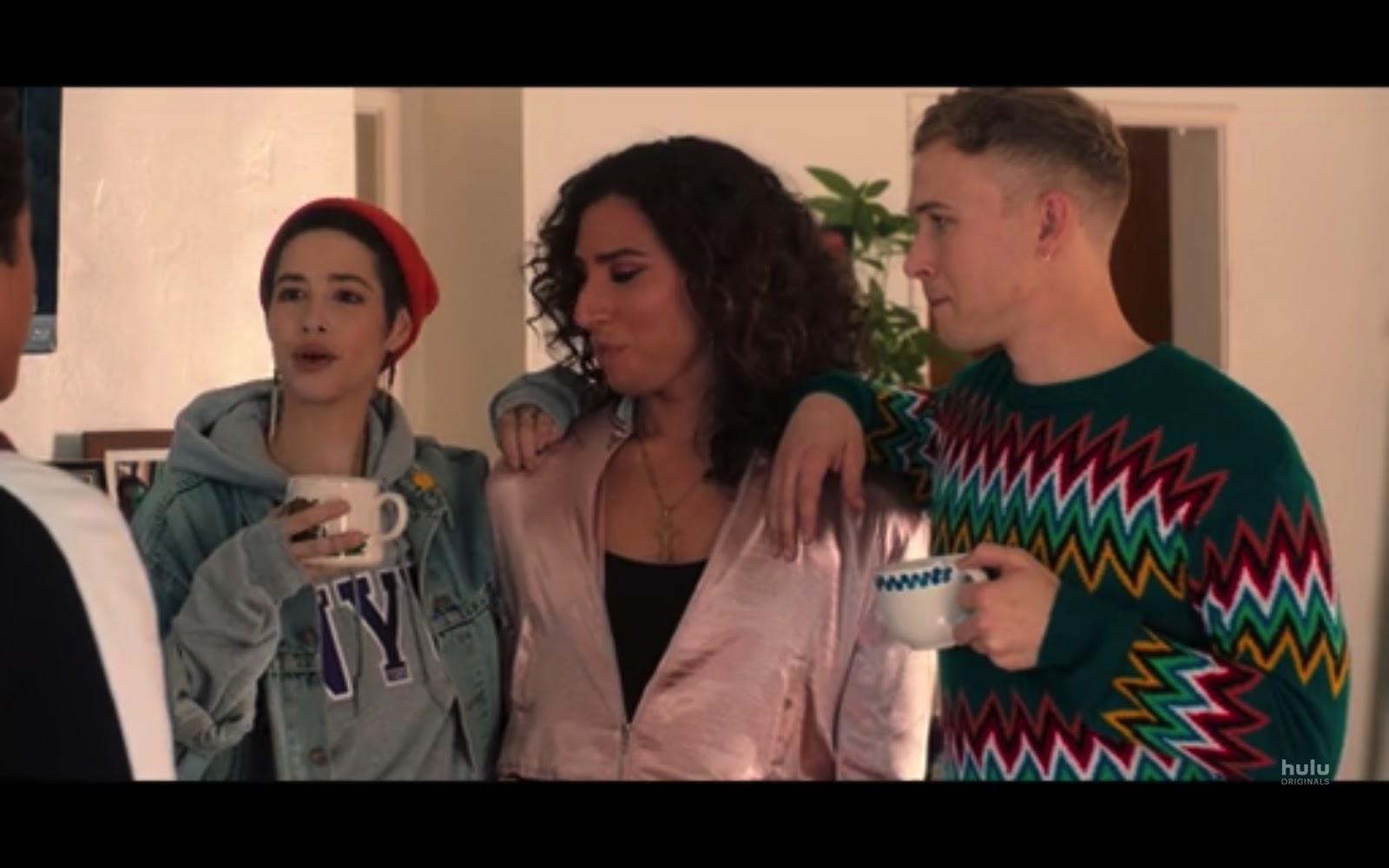 Furthermore, while Love, Simon and Love, Victor do contain LGBTQIA+ characters further in proximity to normativity, these characters are tokenized in very supporting roles to contrast to the homonormativity of Simon and Victor. Love, Simon introduces Ethan, a black, non-straight-passing character. Not only is Ethan the only character in Love, Simon that is not straight passing, but he has very limited screentime and his only role is to juxtaposed Simon. Similarly, Love, Victor only has one other recurring queer character, who is also straight passing. In the eighth episode, “Boy’s Trip” Victor is introduced to a group of LGBTQIA+ characters that are only seen in this episode. In the first scene, we see Victor intimidated by their expression of their queerness.  Victor states how he came to the city to “experience gay stuff” but he didnt know it would be “so gay”. 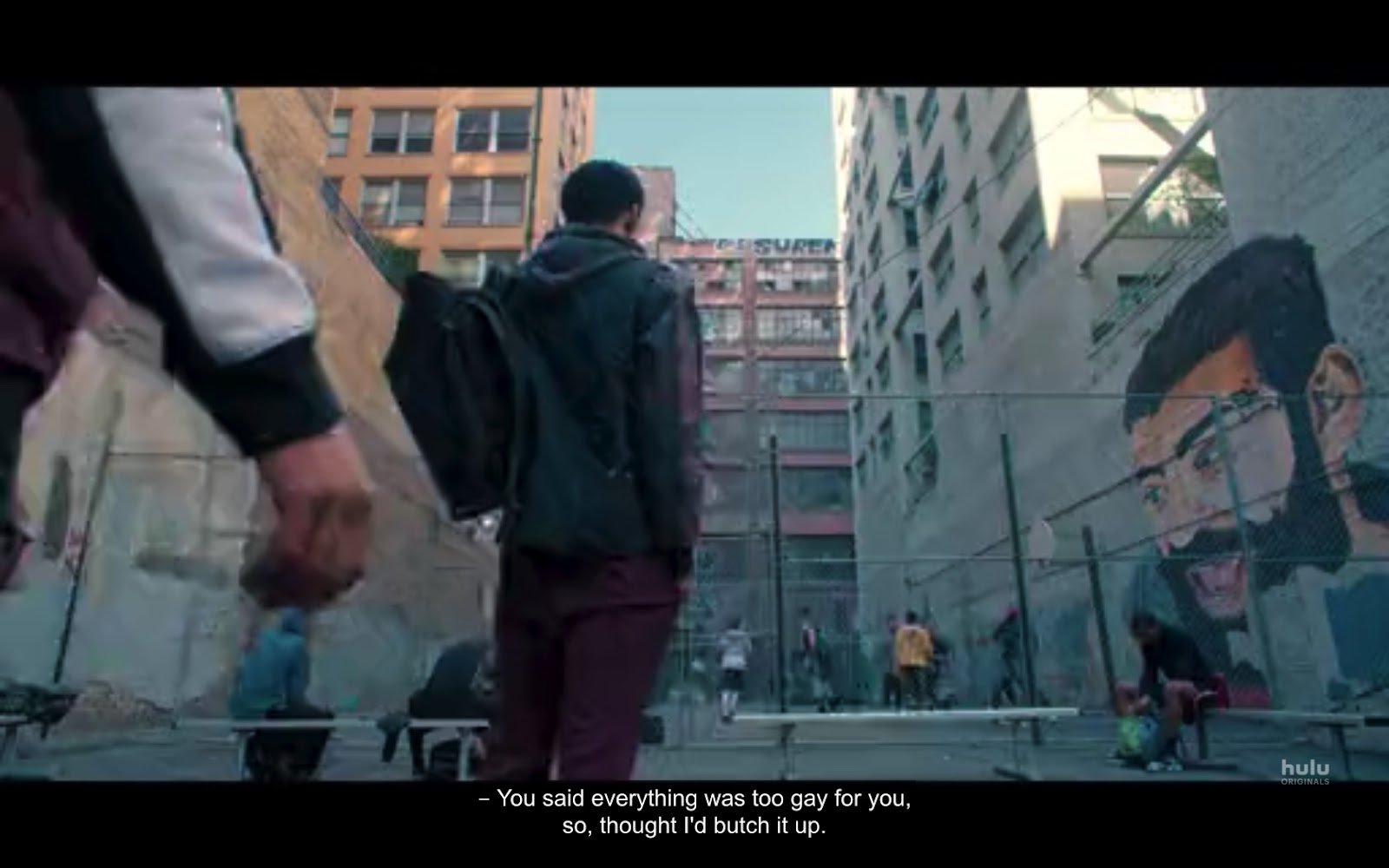 In the very next scene with Victor, a character takes Victor to an all-gay basketball league. After the game, one character tells Victor that “there is no right way to be gay”. While there is nothing wrong with that sentiment, the problematic parts of the narrative come in the fact that the show celebrates Victor’s comfort in qualities that share proximity to normativity, as opposed to the qualities that allow him to stand apart.

Love, Victor continues to exploit the narratives of non-straight-passing characters by using their hardships and pain for no other purpose than to further the narrative of Victor’s coming to terms with his sexuality. In the pictured scene, Justin tells Victor about his coming out experience with his homophoic parents and the pain that he went through as a result. By using this story and character only to help Victor, a straight-passing character come to terms with his sexuality, the show is exploiting the narratives of femme, non-straight-passing, and non-gender conforming charcters. As mentioned earlier, we see the same narrative depicted as Simon watched Ethan being bullied in Love, Simon only to further Simon’s arc.

Tying these concepts together, the exploitation of nongender-conforming, femme, and non-straight-passing character for the sole purpose of furthering the arc of characters that embody normativity harm the LGBTQIA+ community. What makes Love, Simon and Love, Victor especially problematic is the fact that both pieces of media find happiness in the homonormative qualities. While homonormativity is not necascarliy a harmful thing on it’s own, the failure to recognize the privilege that comes with it in a narrative or normaliztion leads to normalizing homonorative qualities at the expense of qualities that do not conform with the hegemony, thus othering many of the tokenized characters in Love, Simon and Love, Victor. The documentary Disclosure goes on to mention that narratives that normalize homonoraticity as queerness can be harmful to the trans community as they then other trans people.

The method of normalizing queerness through a homonormative protagonist, contrasted with a stereotypical queer character is one that recieved much acclaim in the Emmy-winning Will & Grace, which was at one point the highest rated scripted show in America.  While groundbreaking at the time for being one of the first times that many families allowed queer characters in their living rooms, their were negative impications to the show in that it normalized queerness by saying creating a narrative that normal meant straight passing, by having Jack not only be non-straight-passing, but stereotypically gay and portrayed as stupic and pure comedic relief. In Walter Lippmann’s Public Opinion, Stereotypes are described as “‘pictures in

our heads’ drawn from the proverbial ‘kernel of truth”(Lippman, 1992). By drawing on lose stereotypes, you then allow audiences to reinforce their ideas of certain types of gay people, allowing for seniments such as “I’m ok with gay characters as long as the’re not flamers”. This is a very similar narrative to that in Love, Simon and Love, Victor in that it uses homonormativity to normalize queerness in a way that directly affects others individuals who are further in proximity to hegemonic qualities.

Untimately, while Love, Simon and Love, Victor have evolved from the method of stereotypes to normalize used in Will & Grace, they still create assimilationsits narratives by celebrating similarities in homonormativity as opposed to differences in liberation, which are harmful to the LGBTQIA+ community by othering individuals who do not have a close proximity to homonormativity.

View all posts by hunterbergfeld1