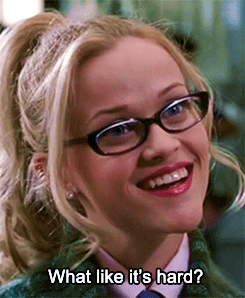 By Allegra Cantu and Steven Morvant

Legally Blonde is considered a cinematic treasure by many, with its light-hearted comedy, quirkiness, and powerful message. The lovable character of Elle Woods, along with a plot giving her a sense of true independence also labels it a feminist film by some. In many ways, Legally Blonde does subvert hegemonic tropes regarding femininity. Elle Woods is a character with a lot of agency and independence, and she is able to achieve her dreams without relying on men. However, Legally Blonde does also engage in tropes of emphasized femininity and cultural hegemony, including harmful stereotypes. Elle

Woods is attractive, white, thin, and upper class, so she doesn’t face the intersectional challenges that many women do. Given the fact that this film was made in 2001, it is much easier to pull apart this “feminist” film and reveal both the problematic and positive ideas within it.

The following photos are screen grabs of the 2001 film and its promotional materials. For the purposes of this essay, we will focus on the original 2001 film, not any of its sequels, spin-offs, or musical adaptations. 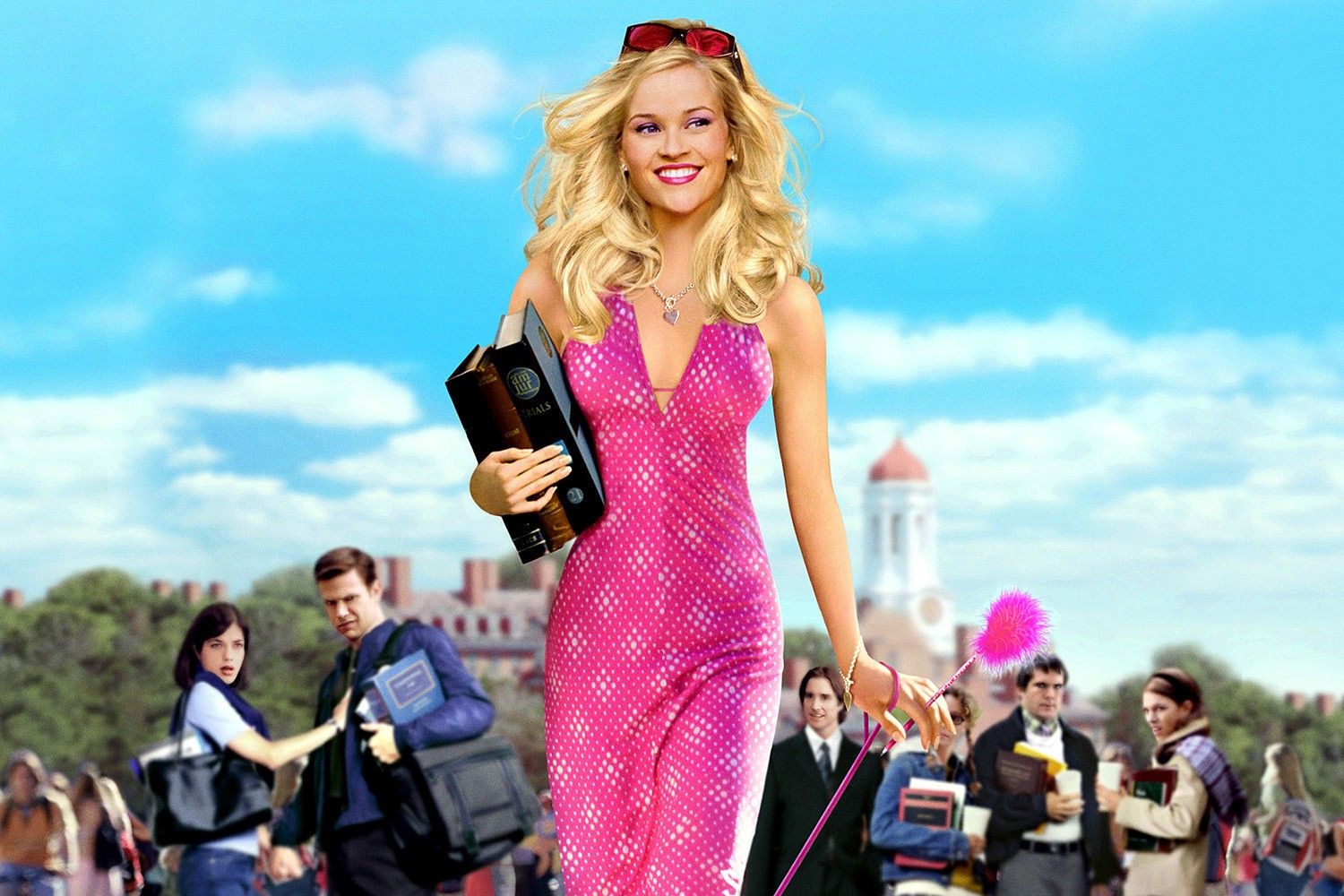 Let’s start with discussing what emphasized femininity means. Emphasized femininity (Connell, R.W., 1987) includes identities such as straight, white, cisgender, middle or upper-class, and able-bodied. Personal traits include passive, thin/small, caring, emotional, and in need of protection. Emphasized femininity reinforces the idea that women should look and act a certain way, and women who don’t fall under this umbrella are seen as outside of the norm (“Hegemonic Masculinity and Emphasized Femininity – Purushu Arie”, 2020). 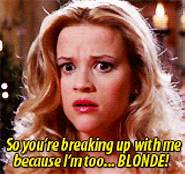 Elle is privileged in that she is a native-born white woman and does not face the struggles that a POC or an immigrant would face. The greatest racial struggle she faces is that she is dumped for being “too blonde.” The film does have some nuance in this regard, however, as Elle is treated like a stereotypical emphasized feminine white woman. Men assume that she is dumb and mock her for entering a male-dominated field. She is assumptively treated like a sex object and she even treats herself that way at times. However, the struggles she faces as a white woman ignore the intersectional struggles faced by immigrants and POC (Coasten, 2019). 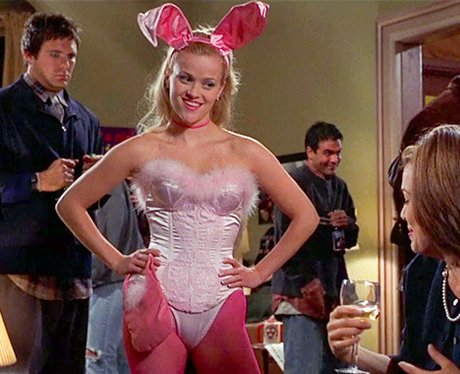 Elle Woods is played by a young Reese Witherspoon, a very attractive white actress. Elle is thin, attractive, and without the physical flaws many college students have, such as acne or body fat. Elle is thin and small, and her appearance is stereotypically feminine. The film has Elle use this to her advantage at times, as her Harvard application video includes shots of her in a sexy swimsuit and Elle is rarely shown in an unflattering way. One scene shows her dressed provocatively in a playboy bunny outfit, reminiscent of a model. Elle does not face body confidence issues and at times benefits from her attractiveness.

While Elle does face the challenges of being a woman entering a male-dominated field (law), she has many advantages and does not face the challenges a less hegemonically normative person would. Elle hails from a rich family and does not have to worry about money. She is constantly dressed in expensive clothes and accessories, and she never faces the struggle or ridicule of being middle or lower class. Her parents easily afford her the latest fashions and items, as well as a decked-out dorm room and tuition to the country’s best law school. Elle does not work a part or full-time job like many college students do, allowing her to fully focus on school. Elle’s family also pushes hegemonic norms, as her dad encourages her to live off of his money instead of putting in the work to pursue a law career. He treats her as a fragile, emphatically feminine person who shouldn’t be a breadwinner. 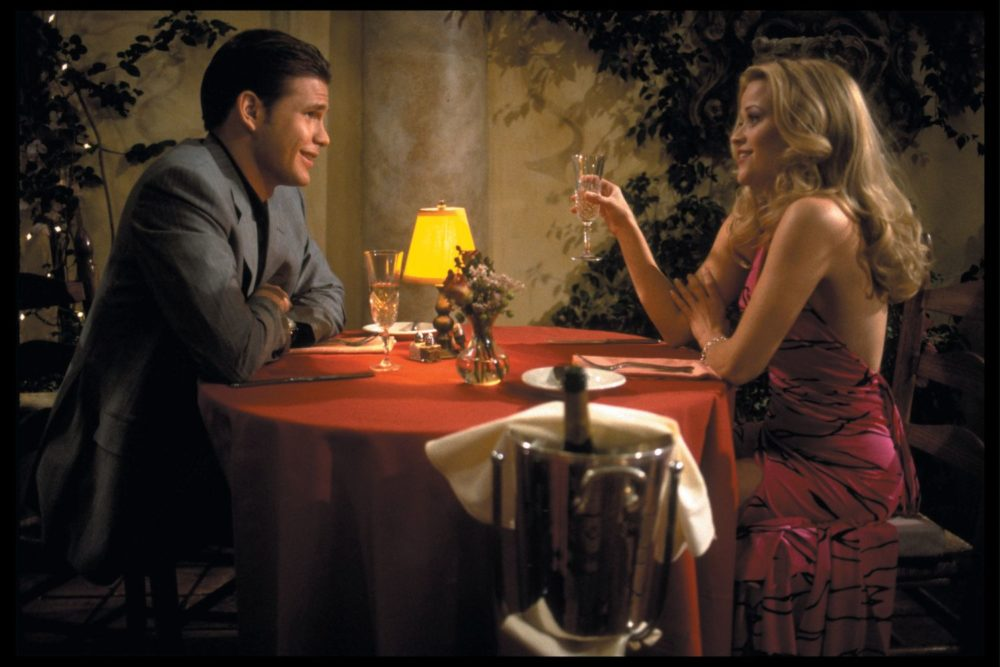 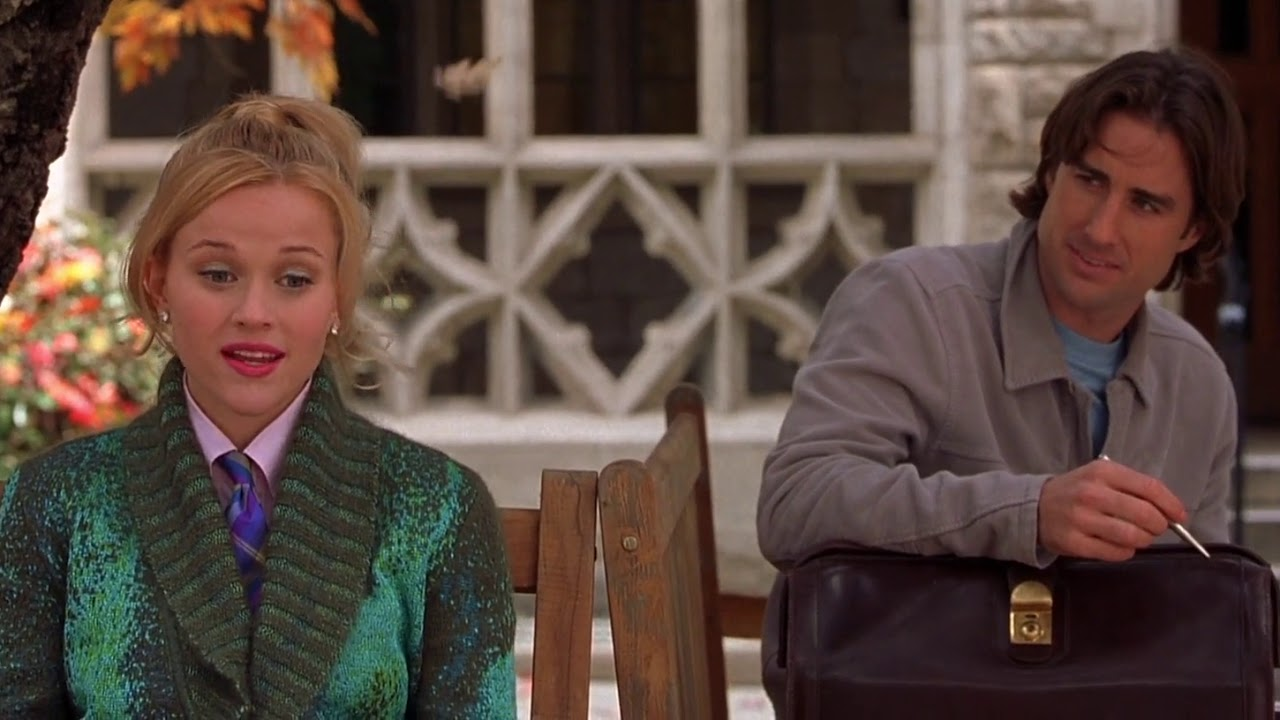 Elle is also privileged and emblematic of cultural hegemonies in that she is a straight, cisgender woman. Very few movies are yet to feature a lesbian or transgender protagonist without it being the focus of the story. Few films even feature lesbian and transgender protagonists at all. Elle dates two men throughout the movie and faces no discrimination based on her sexual orientation since it aligns with hegemonic norms. Meanwhile, a gay latin character is portrayed stereotypically and even publicly outed by Elle. The film came out when same-sex marriages were not legal and many LGBTQIA+ people faced discrimination, yet the film treats this like a joke. This was a missed opportunity.

Elle begins as a passive, dumb blonde, but the film ultimately fights against this stereotype. Elle learns to be less passive and she gains a sense of self-awareness. Early in the film she is unaware of how people mock her and make fun of her, yet later on she is aware of this and knows how to respond. With many female characters being passive or subjugated, this film is subversive in how much agency and independence Elle gains. She learns to leave the predators in her life, including Warner and a professor who sexually harasses her. She is not a damsel in distress or a captive to these predatory men.

Cultural hegemonies are ideas, beliefs, and values that dominate both culture and its ideologies. These can be expressed through stereotypes, tropes, and cliches and can both control and reflect the majority’s beliefs, values, and preconceptions. 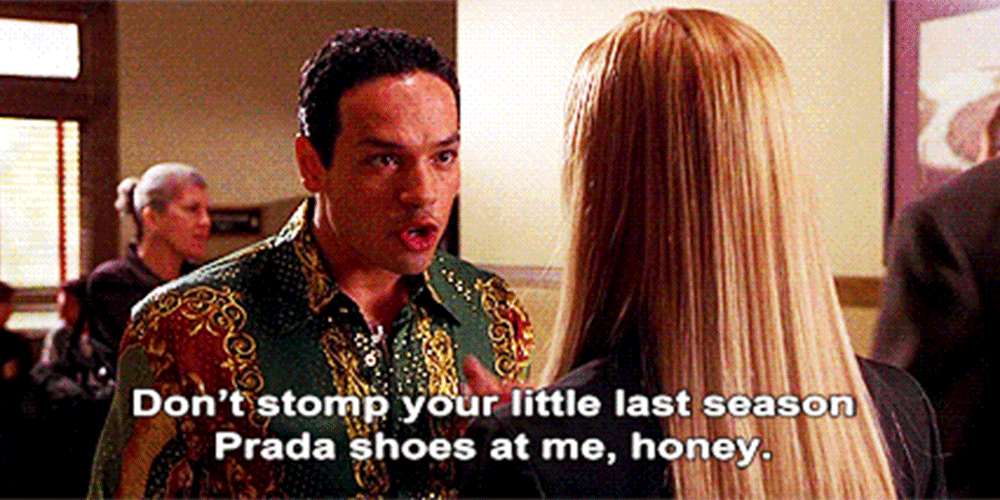 As previously mentioned, the film includes the stereotype of a homosexual man and a latin lover both in one character. The character of Enrique is a latin lover pool boy who is stereotypically employed by a rich white woman. He is flamboyant and has limitless knowledge of fashion and shoes. He is also the lynchpin in Elle’s defense case and is outed in a comedic moment. This is especially problematic as he is publicly outed against his will and likely faced discrimination based on his sexual orientation, whereas Elle did not. It can also be stated that this scene marked Chuck gay, not straight, furthering our culture’s act of engaging with bi-erasure.

Even though the film does not specifically declare her a feminist, Enid Wexler is the epitome of what our culture loves to describe feminists as. Enid states that she has a PhD from Berkeley in Women’s studies, emphasis in history of combat. She also states that she single-handedly organized the march for lesbians against drunk driving. Enid perpetuates the stereotypes of feminists as she has glasses, no visible makeup, a simple hairstyle, and no particular sense of fashion. This is problematic in which a portrayal such as this also perpetuates that feminists cannot be feminine. As the film progresses, Enid just disappears, marking a missed opportunity in this film to include a truly, progressive character. (Musitano, 2019)

Women in the Workplace Stereotypes

One of the biggest hegemonic norms this film explores is the idea that career-driven women and women in male-dominated fields are mean, strict, aggressive, and masculine. Strangely, the film both engages in and subverts this idea. A female law professor is masculine, aggressive, and mean, and her looks and actions reflect this. She dresses in a less feminine way and is the antithesis of the bubbly, emphasized feminine Elle. Meanwhile, Elle’s character shows that career-driven women can also be hegemonically feminine and conventionally attractive. It’s strange that the film goes both ways in this regard, especially since the main message is that people can still be successful despite hegemonic norms and social pushback.

For a film that so actively subverts hegemonic norms with its protagonist, it’s a shame that so many of its side characters are hegemonic stereotypes. Elle overcomes many obstacles that women face in the real world and in male-driven fields. Yet she also doesn’t face many, if any intersectional challenges. It would’ve been nicer to see side characters, such as the Latin pool boy, the traditionally-feminist student, the female law professor, and Mr. Woods provided with more nuance and less stereotypical traits.

Legally Blonde sees its protagonist move beyond her hegemonic emphasized femininity to achieve her dreams and inspire other people to break down barriers and go against cultural norms.

Hegemonic Masculinity and Emphasized Femininity – Purushu Arie. (2020). Retrieved 2 July 2020, from https://purushu.com/2016/02/hegemonic-masculinity-and-emphasized-femininity.htmlMusitano, Allison. “How Does Legally Blonde Hold Up as a Feminist Film? : A 2019 Perspective.” Her Campus, 2019, http://www.hercampus.com/school/unh/how-does-legally-blonde-hold-feminist-film-2019-perspective

View all posts by stene7