By Allie Hommel and Matthew Adams

In this photo essay we will be comparing the five most recent Sports Illustrated covers that feature exclusively women with the five most recent Sports Illustrated Swimsuit Edition covers that also feature exclusively women. Our aim with this comparison is to note how women are portrayed on the magazine cover generally as compared to how they are portrayed on the special edition covers. Some things we will be making note of in this exploration is frequency with which women are featured, the context in which they are being featured, and how the women are dressed and posed among other things.

Pictured below are the five most recent Sports Illustrated covers featuring only women, shown from newest to oldest. It should be noted that there are some more recent covers that feature both men and women, but for the purpose of this analysis we are excluding those and choosing to focus only on covers that solely feature women. 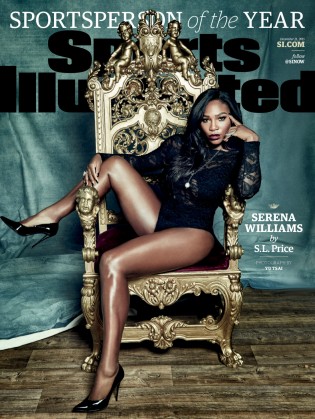 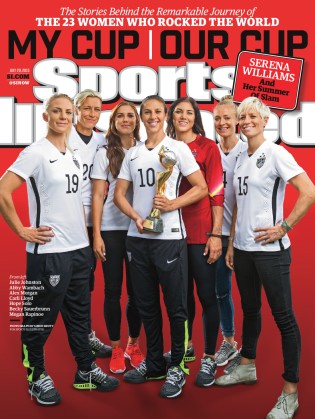 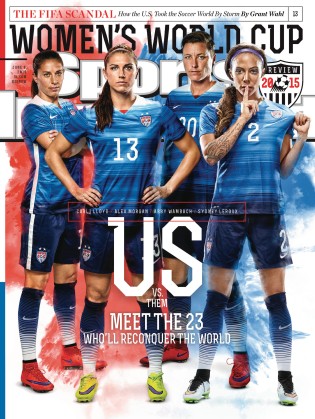 In Your Behavior Creates Your Gender by Judith Butler, the philosopher explains her belief that gender is performative because it “produces a series of effects. We act and walk and speak and talk in ways that consolidate an impression of being a man or a woman.” Butler also states that “there are informal kinds of practices like bullying which try to keep us in our gendered place.” Serena Williams, featured on two of the above covers, is an example of an athlete who often faces criticism for her non-traditional gender performance; while she entirely portrays herself as a woman, she breaks traditional feminine boundaries with her displays of strength and hubris. Williams’ race is also a contributing factor to the criticism she faces as a powerful sports figure. In the class reading Weber, the author writes, “arguing that woman as monolith failed to account for the particularities of race and class that infused every element of their experience of female identity.” This necessary consideration of Williams’ existence at an intersection of black and female in the sports industry is evident in the inclusion of Williams in a 2015 New York Times article about the body image issues dealt with by women tennis players. Of the ten athletes quoted in the piece, eight were white women, one was biracial tennis player Madison Keys, and then Williams, who is portrayed as the antithesis to many of the other women in the article who express desire to remain lithe and thin despite their status as athletes. Writing for Bleacher Report, author Merlisa Lawrence Corbett rebuffs this comparison in her piece The Problem with the Conversation Surrounding Serena Williams. Corbett quotes Delia Douglas, an intersectional feminist scholar at the University of British Columbia Vancouver, saying “To claim that all female athletes simply have to navigate sexism and heterosexism does not get at the specificity of the history of black women and black women’s bodies.”

Pictured below are the five most recent Sports Illustrated Swimsuit Edition covers, shown from newest to oldest. It is important to note that the annual Swimsuit Edition has only featured women on its covers thus far. Additionally, the two most recent years had multiple covers released in tandem, which are compiled side by side into one image provided by Sports Illustrated.

In the class reading “Weaving Cage Fighting Like a Girl,” the author cites another text by Marion Young which states that “young girls and women take up less physical space than males.” Weaving also refers to Young’s reference to another work which suggests that “women are consistently viewed as body-objects and the Other, rather than as body-subjects like their male counterparts.” The above Sports Illustrated covers exemplify the theory that women are viewed as “body-objects” intended to take up less physical space. This is especially supported by the criticisms of Sports Illustrated for their covers featuring Serena Williams lounged across a throne, and by the Swimsuit Edition cover featuring plus-sized model Ashley Graham. Referring to Williams’ cover for Sportsperson of the Year, an Independent article notes that the backlash towards Williams appearing overtly sexual on the cover is in direct contrast to prior critiques that she was too masculine.

The Sports Illustrated Swimsuit Edition covers have long featured women who meet the hegemonic ideals of beauty standards: they are often white women who are thin but with curves, and embody other traditionally desirable feminine features like long, flowing blonde hair and passive, suggestive poses. In recent years, it seems that the Swimsuit Edition covers have aimed to be a bit more inclusive in the range of feminine identities represented on the covers: Ronda Rousey has been vocal about her pride in having a strong, muscular body built for the purpose of competition, and Ashley Graham was the first plus-sized model to ever appear on the cover of the magazine. Graham’s cover was widely criticized, including by former Sports Illustrated model Cheryl Tiegs. Referring to Graham’s cover, Tiegs stated that “I don’t like that we’re talking about full-figured women because it’s glamorizing them.” Graham offered her own rebuttal to this position by suggesting that there is a media culture which glamorizes women who are underweight, and that she is making an effort to promote health at “every size.”

We want to also highlight the frequency with which women appear on the Sports Illustrated Swimsuit Edition covers as opposed to Sports Illustrated covers issued regularly. There has never been a Swimsuit Edition cover featuring a man or gender non-conforming individual, so obviously the five most recent covers feature women. However, you must search three years back into the archives of Sports Illustrated covers to find five featuring women exclusively. This indicates a severe underrepresentation of women in the sports industry, especially in the context of being marketable enough to increase magazine circulation. Four of the five Sports Illustrated covers featuring women are from the year 2015, as is a Chicago Tribune article titled “2015 a big year for women in sports, but will it carry over?” Throughout the piece the author describes the leaps made for women in the sports industry and the increasing demand for representation of women in all variety of sports, yet his final sentiment is “Men’s sports will always overshadow women’s, but girls and women never will be left in the wintry dark of exclusion and total inattention again.” The unfortunate idea that women’s sports will never even equal that of men’s, and that anything more than “total inattention” is seen as a positive is a big contributing factor to the lack of women on Sports Illustrated covers. Among many other examples, the success of Ronda Rousey in UFC and the wide acknowledgement of Serena Williams as one of the greatest athletes of all time has already proven the demand for visibility of women in the sports industry. Now that demand just has to be met.

In conclusion, we argue that the covers of Sports Illustrated and the Sports Illustrated Swimsuit Edition create contexts in which women must display certain ideals in order to be respected. On Sports Illustrated, they must fit the mold of being athletes before anything else, and this demands a level of respect from the consumer. Contrastly, on the Swimsuit Edition covers, the women featured must meet standards of traditional feminine desirability in order to be celebrated. With passage of time and progression of thought around these issues of representing femininity in a broad scope, we believe that the contexts prescribed to these covers will evolve and create more inclusive spaces for the women they feature.

View all posts by matthewadams56